A panel of in-house counsel discuss the impact of COVID-19 on international E&P contracts, including host government agreements, oil field services contracts, and oil and gas commercial agreements. The panel discusses force majeure issues in international oil & gas contracts and M&A transactions and what measures can be taken to potentially mitigate the impact of COVID 19. The panel will also address potential dispute resolution issues arising from COVID-19.

Although MCLE credit was previously obtained for this program in at least one jurisdiction (most likely Texas), such credit has expired and not been renewed by The Center for American and International Law. You may be able to obtain credit in certain jurisdictions (self-study credit), but the rules vary greatly by jurisdiction. Please review your jurisdiction’s MCLE rules and regulations before purchasing or viewing this program. 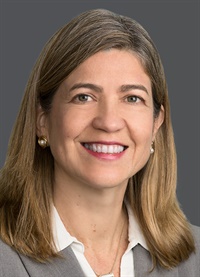 Vera de Gyarfas is a partner in Mayer Brown's Houston office and a member of the Oil & Gas industry group. She focuses her practice on transactions involving energy projects in Latin America and Africa. Vera represents companies engaged in all kinds of energy projects, handling negotiations of host government agreements as well as commercial agreements among companies in English, Spanish and Portuguese.

Vera was recognized as a 2016 Women in Energy Honoree by Texas Lawyer, she is ranked in the Legal 500 2018 Powerlist as an expert in Mexico's energy sector and is ranked in Chambers Global 2018 for Energy and Natural Resources as an expert in the US for Venezuela. She was also recommended in Legal 500 Latin America 2018, and listed as a leading practitioner in the International Who’s Who of Oil and Gas Lawyers 2018. Vera is fluent in Spanish, English and Portuguese and is a frequent author and speaker on energy topics. 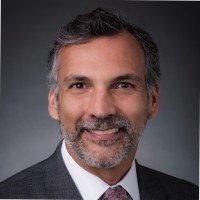 Fernando was born in Venezuela and obtained his law degree from the Catholic University Andres Bello in Caracas, with post-graduate studies in Tax Law from the Central University of Venezuela and a LLM from Boston University. Fernando began his professional career in the early 90s as a clerk in the Deputy Attorney General Office in Venezuela. He worked for a brief period in the newly formed antitrust agency (Pro Competencia) and then moved to work in Maraven (and later PDVSA Petroleo) in the new ventures opportunities promoted by PDVSA (Venezuela NOC) to develop vertically integrated projects to exploit the extra heavy oil reserves of the so call Orinoco Oil Belt in the eastern region of the country. Fernando also worked in new ventures projects to develop refinery joint ventures with local and foreign partners in the Paraguana Complex Refinery in the northwest region of the country. Fernando moved to the private oil and gas sector in 1999, when he was appointed Legal Manager in Sincor, a joint venture company formed by Total, PDVSA and Statoil (now Equinor) and later in 2003 moved to ConocoPhillips as a Legal Manager for the Venezuelan and LATAM assets operation.  Fernando is currently Senior Legal Counsel for ConocoPhillips working for new ventures opportunities around the globe. 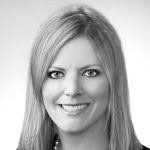 Jennifer Walter Mosley is Senior Counsel, Major Transaction Law Group, for Chevron Upstream, a Chevron U.S.A. Inc. division, where she supports Chevron’s major Upstream, Midstream, Downstream and Mergers & Acquisitions transactions and their associated fundamental agreements.
Prior to joining Chevron in 2014, Jennifer was a Senior Associate at Morgan, Lewis & Bockius LLP in Houston, Texas, representing energy companies on upstream and midstream matters, with a focus on acquisitions and divestitures of oil and gas properties both domestically and internationally.  Prior to that, she was a Senior Associate in the energy practice of Porter Hedges LLP in Houston, Texas where here practice focused on domestic upstream and midstream energy transactions.  From 2007 through 2011, Jennifer was a Senior Associate in the Aberdeen, Scotland office of CMS Cameron McKenna LLP, where her practice focused on the upstream energy sector, with a particular emphasis on the acquisition and disposal of oil and gas assets on the UK Continental Shelf and internationally.  Jennifer began her career with KPMG where she supported the Tax Controversy Group and the Energy division of the Washington National Tax Practice.
Jennifer earned her LL.M in taxation from the University of Florida in 2005 and her J.D. from South Texas College of Law in 2004, where she was a Langdell Scholar and member of the Currents International Law Review.  She is admitted to practice in Texas and England & Wales. 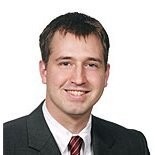 David Stafford is Supervising Counsel at Exxon Mobil Corporation, where he has worked since October 2012. Previously he was Associate Counsel at nabors Corporate Services, Inc. and a Senior Associate at Baker Botts L.L.P. 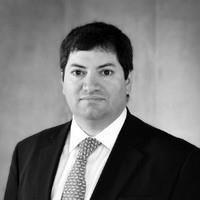 Miguel has accumulated twenty years of legal experience, thirteen of them in the oil & gas industry. He focuses on negotiating and advising on complex, cross-border, upstream joint ventures, acquisitions, divestments and production contracts in the oil and gas sector worldwide. He has been involved in negotiations covering diverse types of assets and projects, including oil sands, shale gas, shale oil, deep offshore and extra heavy oil. For the last 10 years he has held several positions in Statoil's legal department in places like Venezuela, Norway, the United States and the United Kingdom, providing legal support to Statoil's internationalization efforts. He is a regular speaker at many international conferences and seminars.

He is currently based in Houston after concluding a stint in London, where he acted as interim Head of Legal's Global Strategy and Business Development team. He was appointed as Statoil's Chief Counsel for Mergers and Acquisitions in 2012. In addition to advising on matters concerning Mergers, Acquisitions and Divestments, he is currently leading the legal team advising Statoil in Mexico.

Prior to joining Statoil, Miguel worked with Davis Polk & Wardwell in New York and London as member of the Latin America and Spain Group, focusing on Project Finance, Securities and M&A. Previosly, he worked with the Venezuelan National Oil Company Petroleos de Venezuela S.A. (PDVSA) in the upstream area.