Join the Institute for Energy Law for a webinar featuring current and former judges and trial attorneys discussing virtual court proceedings, mediations, depositions, and other aspects of representing clients as more trial-related work moves to virtual platforms. The panel discusses the current state of litigation, including the status of hearings, jury trials, and mediations, and identifies best practices and strategic considerations for virtual court proceedings, mediations, and depositions. The panel also addresses new technologies and provide practical trips to ensure that you are prepared for your next virtual litigation experience.

Although MCLE credit was previously obtained for this program in at least one jurisdiction (most likely Texas), such credit has expired and not been renewed by The Center for American and International Law. You may be able to obtain credit in certain jurisdictions (self-study credit), but the rules vary greatly by jurisdiction. Please review your jurisdiction’s MCLE rules and regulations before purchasing or viewing this program. 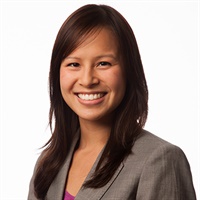 Tina Q. Nguyen represents plaintiffs and defendants in state and federal courts in a variety of high-stakes, complex commercial matters. Her practice focuses on energy litigation, pension and ERISA matters, and real-estate defense.

Ms. Nguyen represents and advises energy clients on lease termination claims, royalty litigation, area of mutual interest provisions, and disputes arising from other oil and gas agreements. She also has extensive experience in pension and ERISA litigation, including defending class action claims of breach of fiduciary duties. Clients value Ms. Nguyen's ability to provide practical guidance based on her substantive legal experience and her skillful advocacy through trial and appeal.

Before joining Baker Botts, Ms. Nguyen was a law clerk to then Chief Judge Sidney A. Fitzwater of the United States District Court for the Northern District of Texas. 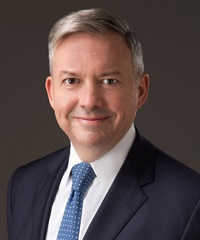 Hon. Michael Massengale (Former) joins JAMS after serving as an appellate justice on the First Court of Appeals in Houston. Justice Massengale has participated in the resolution of thousands of appeals and has written more than 600 signed opinions in a wide range of legal disputes. During his time on the bench, he was known for his strong work ethic, well-reasoned opinions and careful textualist approach to interpreting statutes and contracts. His legal opinions have an excellent record of success on review in the Supreme Court of Texas. He handled a range of complex matters involving commercial and contractual disputes in various industries, including construction, employment, financial services, government, health care, oil and gas, and professional liability. Since he left full-time judicial service, appellate practitioners have sought out Justice Massengale’s assistance for appellate moot arguments and consultation on numerous appellate matters in federal courts of appeals, the Supreme Court of Texas and intermediate Texas appellate courts, including mandamus and interlocutory appellate relief.

Before his appointment to the appellate court, Justice Massengale practiced law as a trial partner at Baker Botts. He focused primarily on complex commercial disputes in the areas of commercial, securities, bankruptcy, antitrust, tax and tort litigation, predominantly representing clients in energy-related industries.

Justice Massengale serves by appointment of the Supreme Court of Texas as a commissioner on the Texas Access to Justice Commission, which develops and implements initiatives designed to expand access to, and enhance the quality of, justice in civil legal matters for low-income Texans. He is a fellow of the Texas and Houston Bar Foundations and an elected member of the American Law Institute. 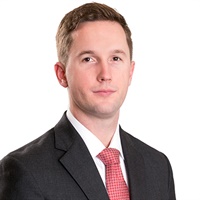 Liam O'Rourke is a trial attorney who represents plaintiffs and defendants in federal courts, state courts, and international and domestic arbitrations. He focuses his practice on energy litigation, securities and shareholder litigation, and a broad range of tort litigation, including fraud, business torts, and wrongful death cases. Liam has experience at all stages of litigation, including: evaluating litigation risks, preparing and answering lawsuits, serving and responding to discovery, taking and defending depositions (including experts), briefing and arguing dispositive motions, managing large litigation teams, mediation, trial, and appeals.